Man, it has been a good busy week! It is probably one of the quickest week on my mission. Maybe because I was in the new area, meeting new people and having extra responsibilities being STL. Sister Worthington is just a bomb, and I can just tell how much she loves her calling by all the things she do. She is a good influence for me. Each night I come home feeling productive. Since we will be on exchanges twice a week with different sisters, we actually won't be seeing each other as much for the movecall. She is from , we have so much in common and really working towards changing to be better and I love her! 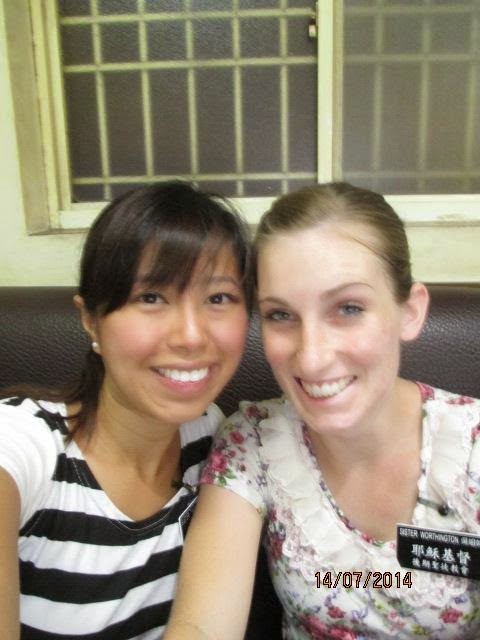 At the beginning of the movecall, my companion and I really wanted to set good example to the sisters in our zone and pray that we will be able to achieve most of the mission standards and we know as long as we work with faith and diligent, we will see the promised blessings from the Lord to let us see the success. Then we realised in order for us to do that, we need more new investigators. So we focus more on findings and talk to people.By the end of the week, we found 3 new investigators. 2 of them are actually from referrals. I love it when members are being so excited with the missionary work too. We also have a really good, full of fire return missionary as our ward mission leader. He served in . We know the ward gonna be growing so much in the short future.
This week, I read in Helaman 16 where the people were questioning the prophet's prophecy about Christ appeared himself in Jurusalem, then saying that it was the false belief of their fathers to think that. They murmured why didn't Christ born among them and said if He really will come then should be among them and not a far away country, so they think it's just a legend. As I was reading that, I thought to myself : will they believe that He is son of God even if He was among them? The Jews saw what He did yet they denied him. It really testified to me more that faith really is not about seeing, it is believing in things that are not seen BUT TRUE!

Wow, what a great week and pray that it will continue for the whole movecall! I hope for all of you that you will have an awesome week!

PS: thank you for all the emails that I've received this week... you know who you are. I'm sorry if I didn't get the time to write back straight away, but I will try to reply all of them this week!

Here are some pictures from last weeks: 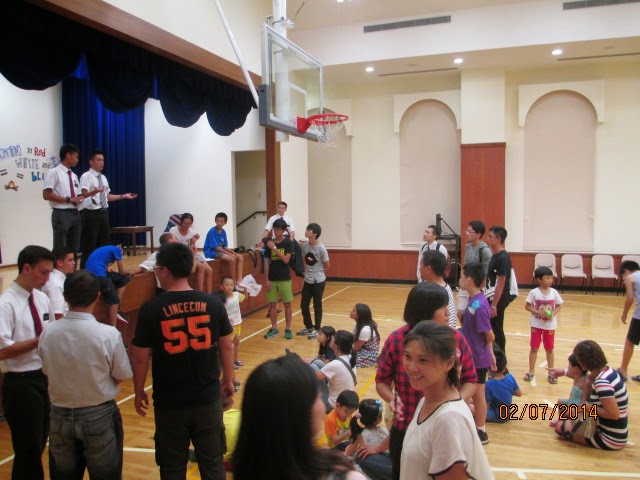 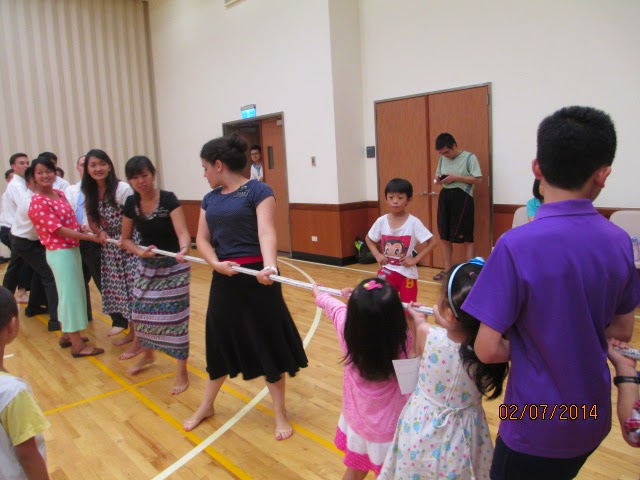 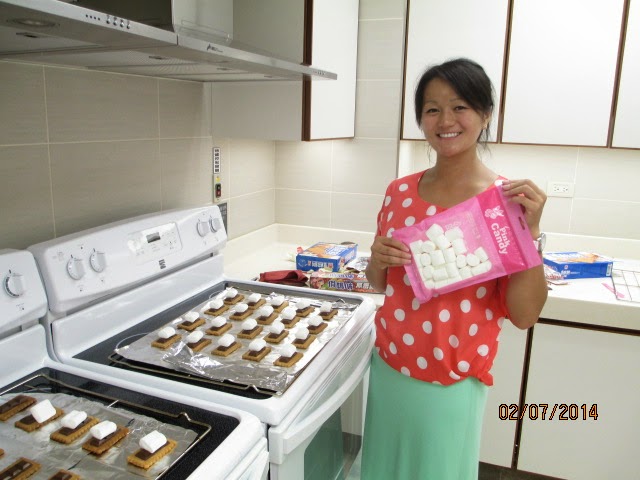 ​Sister Grigg and I prepared smores (Taiwan version) as the dessert after the party. 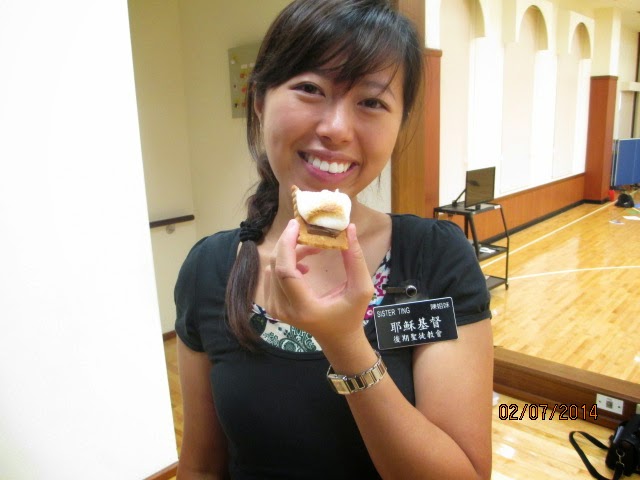 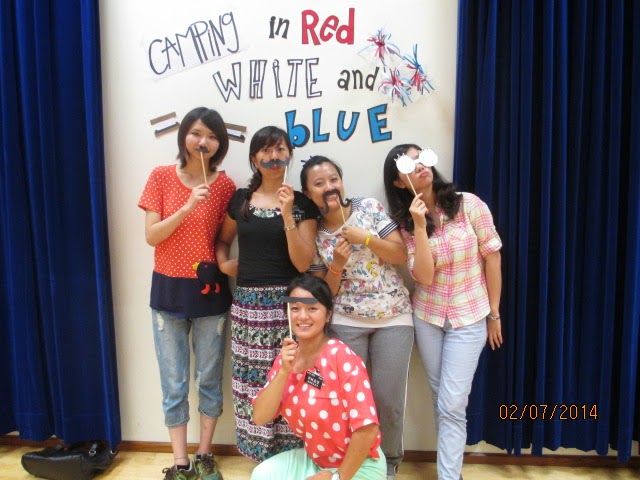 With my favourite girls in Daya. 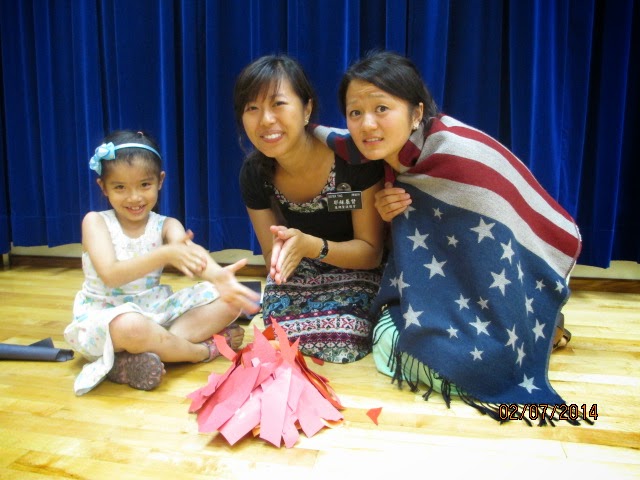 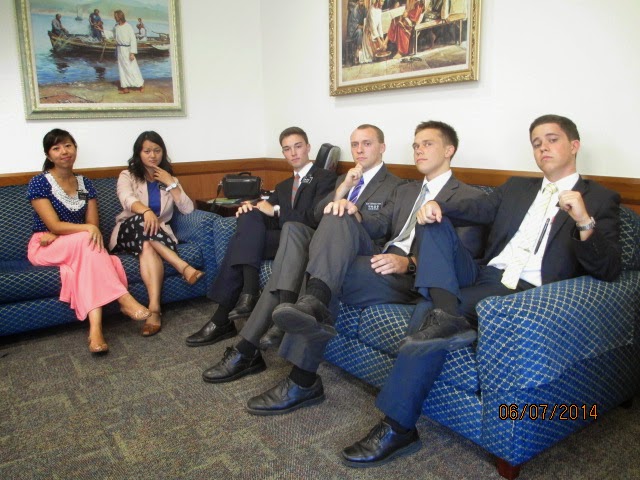 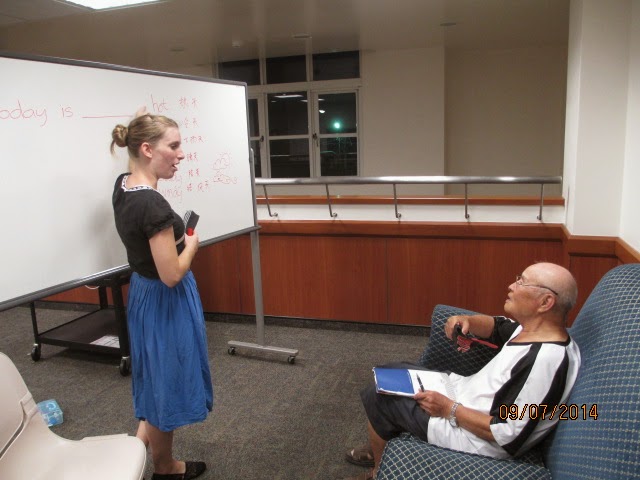 Sister Worthington teaching ABC class, the only student, Sam this week in the class. 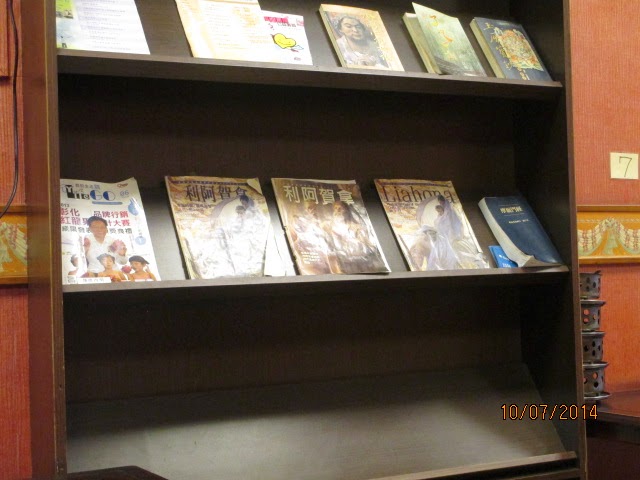 ​We went to this small hotpot place one day and saw our church magazine and Book of Mormon on the selves in the restaurant... The shop owner is not member of the church but said the missionaries gave them the books couple years ago so they just leave it there so people can read them if they want!